Work with us
Suppliers
SAVIA Podcast 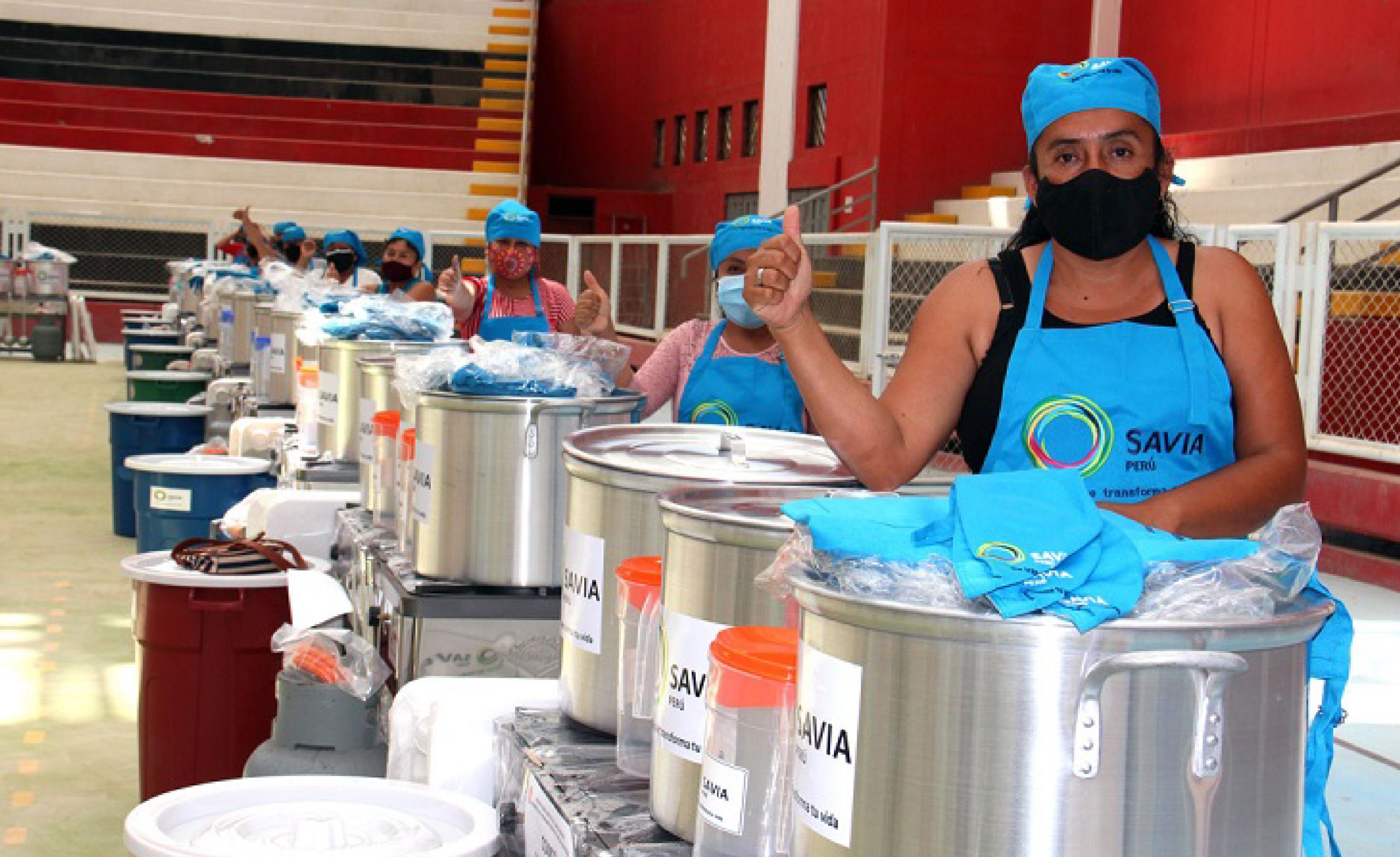 The company Savia Perú delivered 28 kitchen kits and other implements to the committees of the Vaso de Leche program, who carry out a hard work of solidarity for the benefit of the Negritos population. This contribution was possible thanks to the joint efforts of the company with the management of the district municipality of La Brea Negritos led by Dr. Roger Genovés. The delivery took place in a ceremony attended by representatives of the company Savia Perú, district authorities and representatives of the Vaso de Leche committees.

The Mayor of the La Brea district, Dr. Roger Genovés Morán, expressed his greetings to all the women of Negritos on their day, for being fighters and having the spirit of helping people on a voluntary basis and without receiving a salary. Finally, he thanked the company Savia Perú for helping this group of women, who for a long time have worked in precarious conditions due to the wear and tear of equipment or materials that had not been renewed for a long time: “The municipality of La Brea invests in supplies: milk, oatmeal, but due to the effects of the pandemic, its income has decreased and this complicated the continuity and improvement of the program. Thanks to the company Savia, today this group of women will be able to continue carrying out their activities in better conditions, with transparency and with a lot of heart,” said the mayor of Negritos.

Eng. Ricardo Martínez, Operations Manager of Savia Perú, greeted all the women on their day and acknowledged the sacrificed work of the members of Vaso de Leche. He also said that Savia Perú seeks to create synergies with local authorities and the community in order to strengthen mutual cooperation relations that improve the quality of life of the people of Negritos. “Today, fulfilling a commitment made with the mayor of La Brea and with the community, we will deliver 28 kitchen kits to each Vaso de Leche Committee, including a 3-burner industrial stove, gas cylinder with its connection valve, 60-liter aluminum pots, ladles, 2 plastic tables, aprons and caps. These materials will help all the women responsible for the Vaso de Leche to work more safely in the preparation of food,” added Eng. Martinez.

On behalf of the Vaso de Leche Committees, Mrs. Carmen Campos Vílchez thanked the company Savia Perú, as well as Dr. Roger Genovés, for having made the implementation of the canteens a reality. She also took the opportunity to renew the commitment of this group to continue supporting the community of Negritos.

The Vaso de Leche Program is a state social program administered by the municipalities and operated by the committees of beneficiaries of the program itself, basically made up of women, who carry out this work on a voluntary basis. Currently, in Negritos there are 27 Vaso de Leche committees plus the dining room of the Centro Integral del Adulto Mayor (Comprehensive Elderly Center), in which approximately 1,500 people are grouped, including children, pregnant mothers, elderly and people with disabilities, who are benefited by the Vaso de Leche, in order to contribute to their nutrition and good health.